What happens if a politician and mayoral candidate, who had promised to put Madrid’s eight-lane, river Manzanares flanking, M 30 highway underground, wins the election and immediately begins work to keep his promise, bypassing any of the usual urban planning procedures? 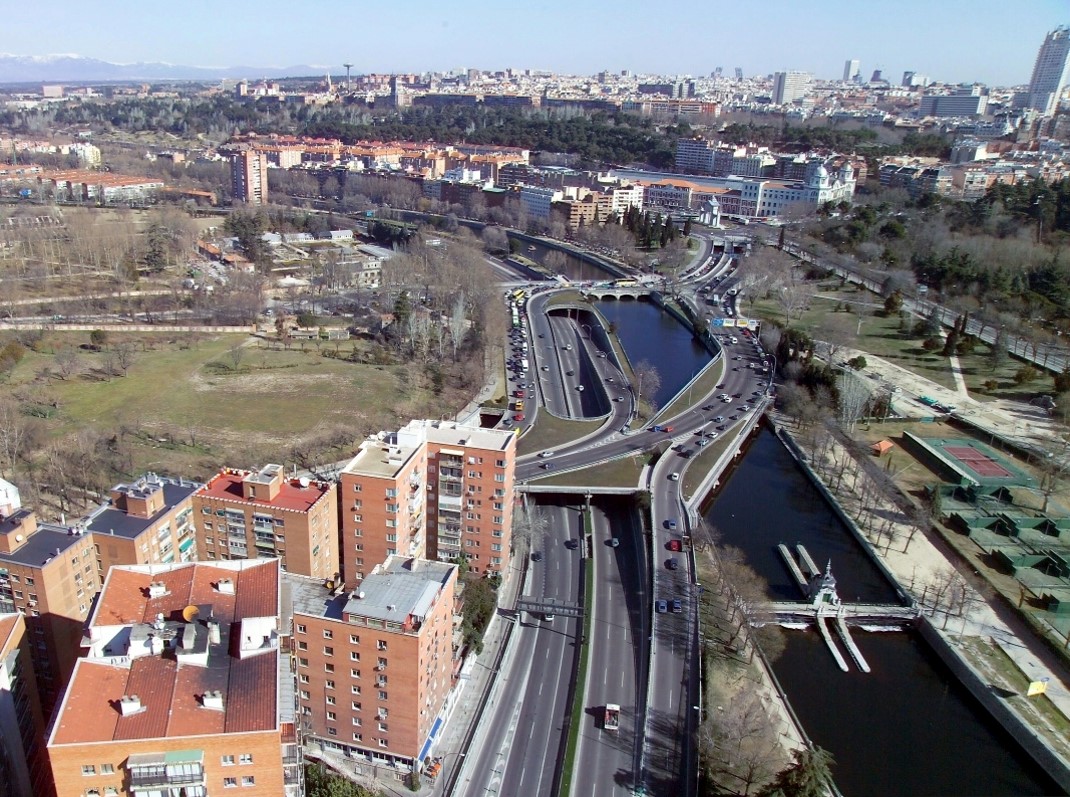 It seems logical that the plans of the new mayor, a conservative and neoliberal politician, would raise suspicion and objections among the professionals from the field of urban planning who hadn’t been consulted and therefore distrusted the real motives behind this large-scale endeavor. 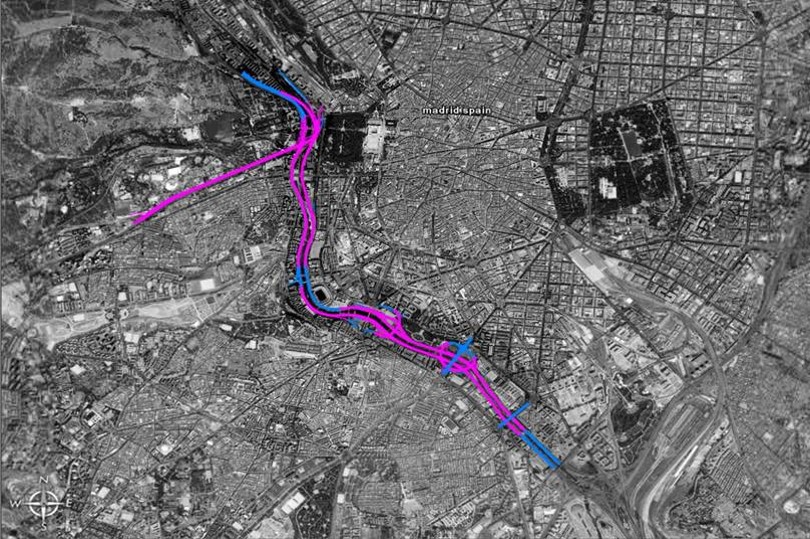 With the tunneling machines, recently bought from Germany, in full force and the traffic piling up in a ten-kilometer construction site, the mayor had still not clarified the final purpose and layout of the proposed traffic-free space. With this obscurity, the architects and urban designers, backed by the faculty of architecture ETSAM, the professional association COAM and the Club of Urban Debates, started a press campaign to increase the awareness among residents and to pressure the municipal administration to reach a consensus committing the entirety of the freed surface to public space and entrusting the COAM to organize an international competition for the future use and design of the recovered area.

The winning project was designed by a team called M-Rio, integrated by three architecture firms from Madrid – Burgos & Garrido, Porras La Casta and Rubio & Álvarez Sala – in collaboration with the Dutch firm for urban design and landscape architecture West 8. 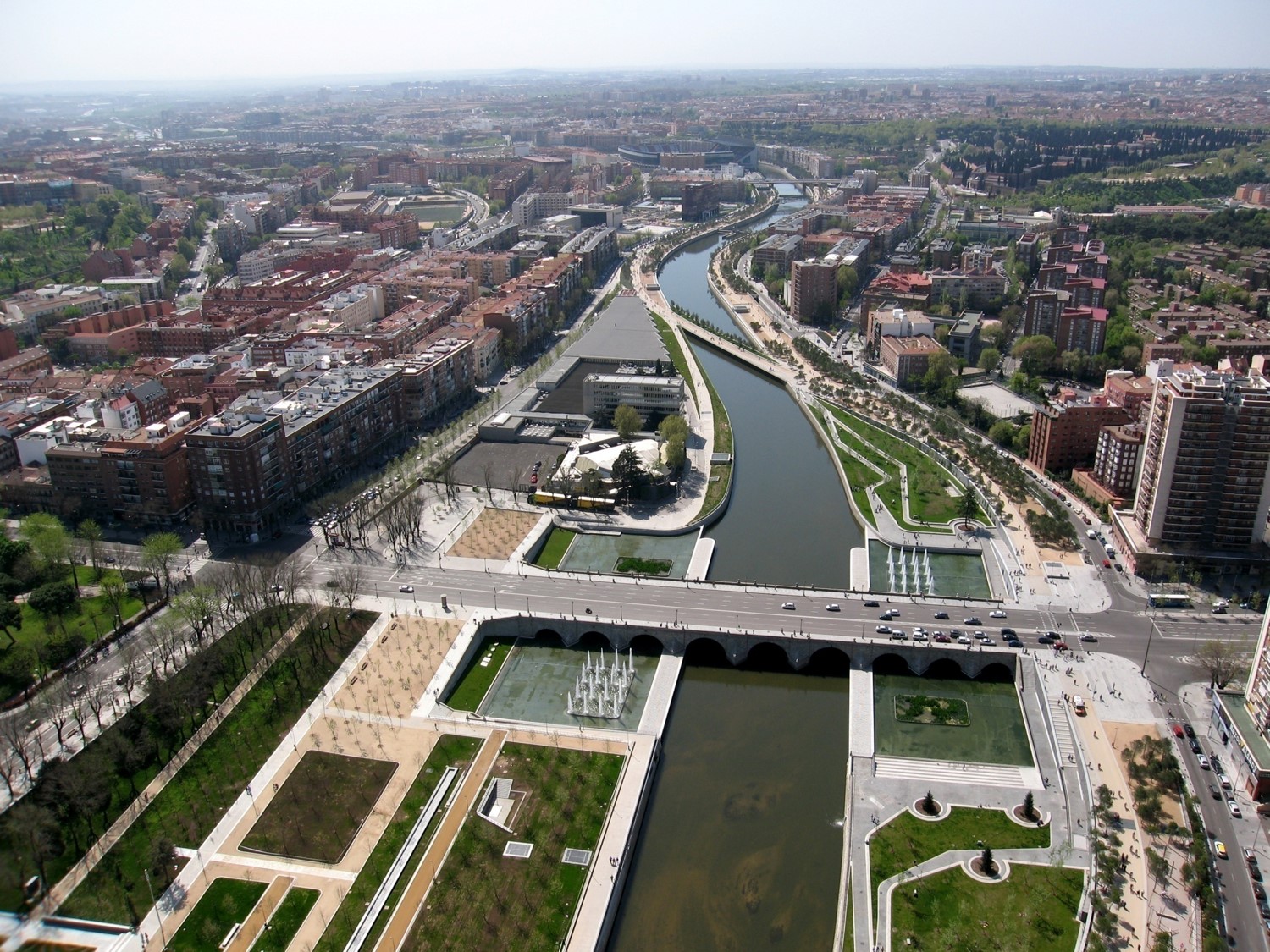 Built between 2008 and 2011, Madrid Río transforms the recovered spaces on both sides of the Manzanares river into a new “river-townscape”, creating a pedestrian public green space of almost seven kilometers from north to south. Thirty-six new pedestrian bridges link the “two cities” located on both riverbanks, previously separated by a ceaseless flow of cars on the ring road. 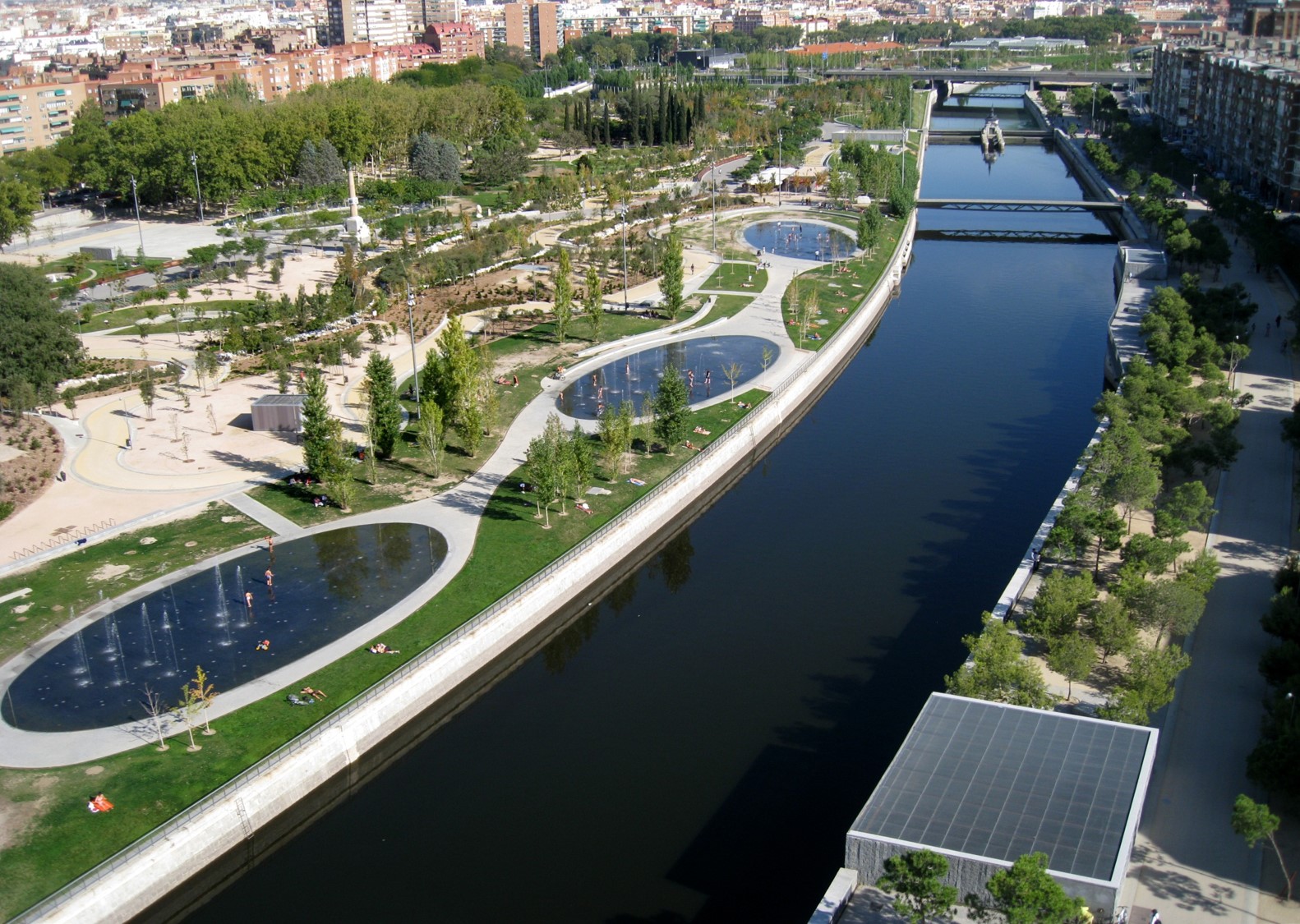 If you wish to know more about the most important intervention in the urban structure of Madrid in recent decades, if you would like to get a closer look at the varied land and townscapes or if you want to witness how much Madrid Río has changed the quality of life and the daily habits of hundreds of thousands of city residents, we invite you to accompany us on one of our architectural tours, by bike, along the banks of the Manzanares! 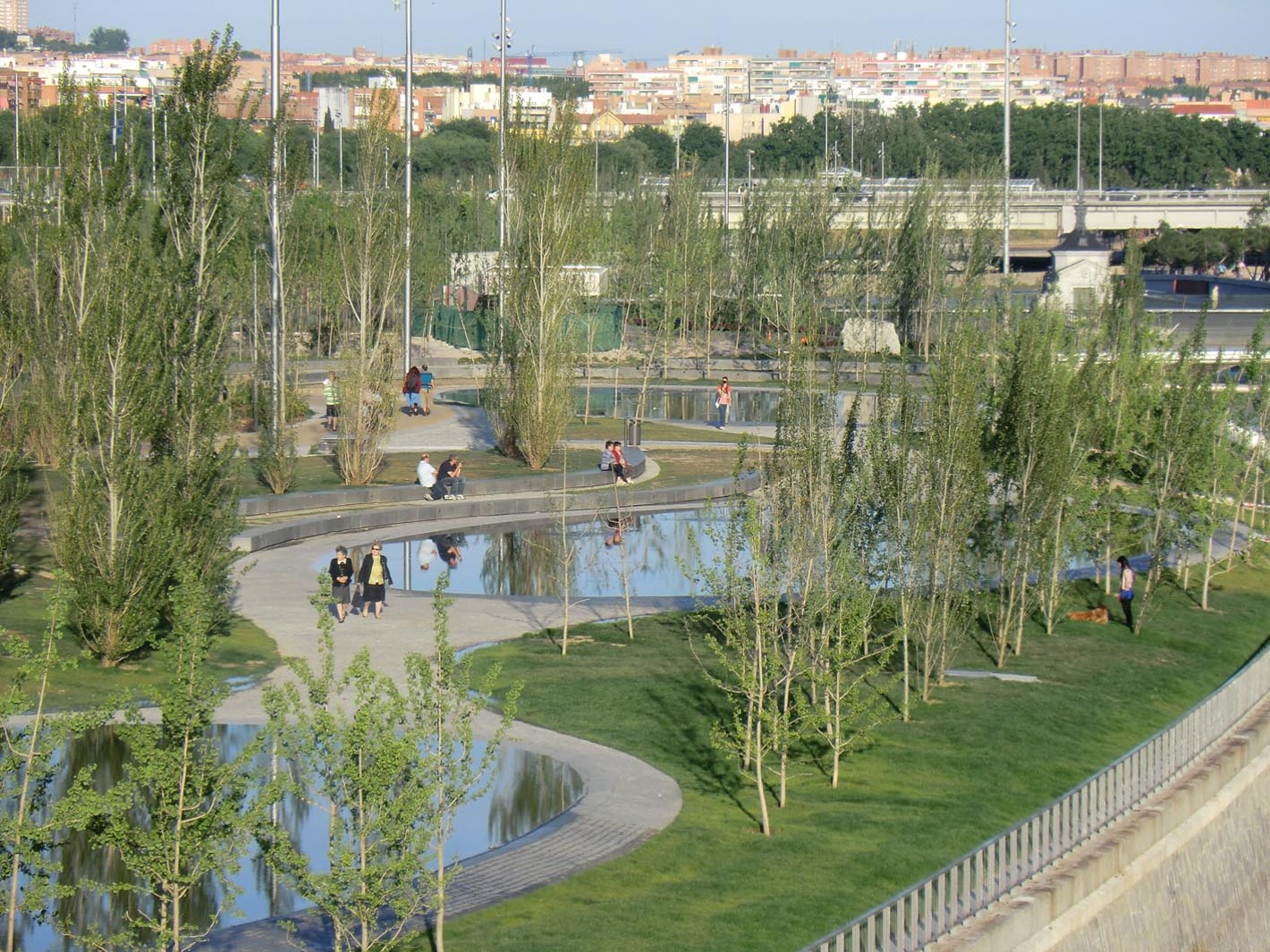 All photographs and graphic material have been provided by the architecture firms: Burgos & Garrido, Porras La Casta and Rubio & Álvarez Sala.

This site uses functional cookies and external scripts to improve your experience.

NOTE: These settings will only apply to the browser and device you are currently using.

Google Analytics uses the following cookies for internal use:

_ga: Registers a unique identification that is used to generate statistical data about how the visitor uses the website.

_gid: It is used to distinguish users.

_gat: Used by Google Analytics to control the request rate

OTZ: They allow optimizing and personalizing the ads displayed when browsing. It is used to analyze traffic patterns to the web, duration of the browser session. It is related to the Google Adwords personalized advertising system.

ANID, APISID, HSID, NID, SAPISID, SID, SIDCC, SSID: They contain a unique randomly generated value that allows the Platform to distinguish browsers and devices. This information is used to measure ad performance and provide product recommendations based on statistical data.

UULE: Cookie associated with the Google Maps service. It allows the geolocation of our laboratory in the corresponding section of this website.